7. During the MST3K opening for episodes 201-512 there is a shot of the Satellite of Love being launched out of a building at the Gizmonic Institute.  The reason it doesn't look like the SOL that we all know and love is that it is still in a shipping case.  That case was designed and built by Trace Beaulieu and is covered with numerous little stickers.  Here is a diagram that shows the detail put into the building of this model by Trace. 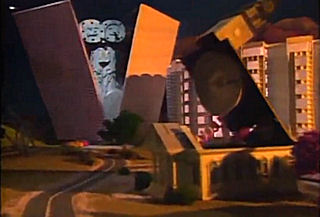 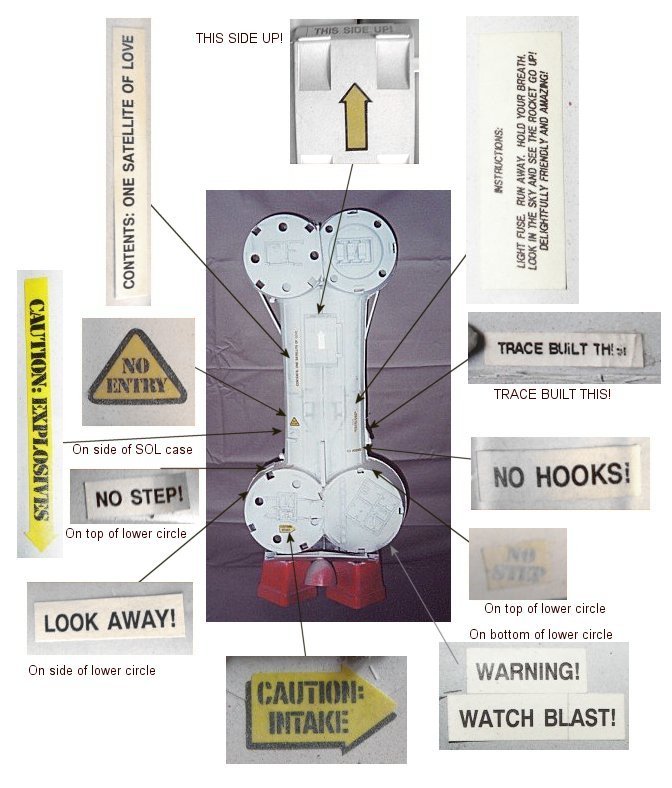 Each of the yellow stickers was originally from a decal sheet that came with a
Teenage Mutant Ninja Turtles - Turtle Blimp that was first sold in 1986.
Below are pictures of the toy and the decal sheet. 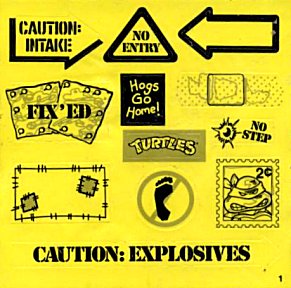 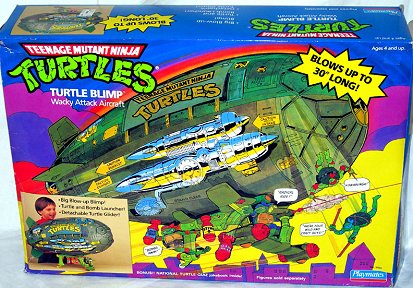 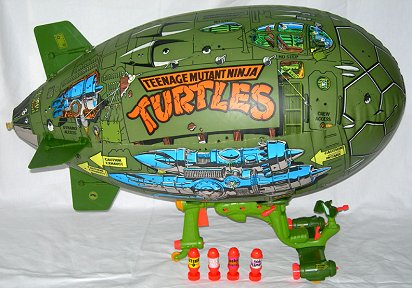