What a relatively long, not especially strange trip it's been
or, how MST3K changed my life (for the better)

I was born in the early 1960's, a tumultuous time in American history which I don't honestly recall because I was really young at the time.  After a few years I found myself to be a senior at the University of Michigan.  It was the fabled 1983-84 school year that perhaps you've heard of.  Perhaps not.  Five nights a week my friends and I stayed up late watching reruns of The Love Boat and verbally ripping them to shreds with our own untrained brand of Midwestern jokes and insults.  Captain Stubing, Julie, Isaac and especially Vicki...none were safe from our taunts and barbs, except maybe for Gopher.  We all saw greatness in his future. 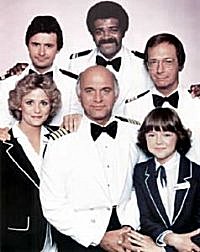 Then one Saturday night we were watching some comedy show broadcast live from New York (I don't recall the name) and a strange comedian, magician, spy was on.  We all thought his off-beat, dead pan routine was great and we laughed hysterically until we collapsed on the floor, inebriated and academically challenged.  The next day we slept in and then ate burritos for brunch.

Anyway, the rest of the 80's were a tumultuous time in American history.   First Ronald "Rambo" Reagan had convinced us that we could kick anyone's ass and then George "I'll scratch your eyes out" Bush tried to maintain that level of ferocious patriotism. 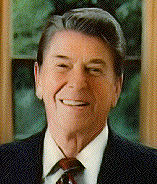 One cold, January night in 1989 I received a call from a friend who was making breakfast cereal in Minneapolis (for a career, not just for a meal).  During the half-time of Super Bowl XXIII he was flipping through the stations and came to a local public access station called KTMA TV-23.  There was a strange show on with some guy and a few cheesy-looking robots ripping on an old episode of Space: 1999 the same way we used to tear into Love Boat.  It struck a chord and, although he continued to watch occasionally and even taped one episode, I never got a chance to see it at that time.

By June 1993 I had just finished working a long string of weeks of 80 to 100+ hours (mind you I was salaried so I didn't get paid for anything over 40 hours).  I was in serious need of relaxation and entertainment.  Then, in the summer of 1993 United Cable of Oakland County finally picked up Comedy Central.  One of the first shows I saw  was Mystery Science Theater 3000.  I almost immediately recognized Joel Hodgson as the sleepy-eyed comedian from years ago on SNL.  For the record, the first episode I saw was War of the Colossal Beast with the short Mr B Natural (319).  I was immediately hooked.  The station was running season 2 to 4 reruns every night at midnight so I was able to get a very rapid indoctrination into the recent history of the show.  Within a few weeks season 5 started and I got to personally see the handing of the baton from Joel to Mike.

That Thanksgiving some relatives and I watched a large portion of the Turkey Day marathon.  Even though the between movie bumpers that year didn't feature the MST3K folks I could see that there were some real dedicated fans of the show.  Also that fall I saw the somewhat insipid This Is MST3K special that none the less pointed out that there were quite a few avid admirers lurking in the bushes.  By 1994 I had started taping every episode and had joined the fan club (membership #46621).

The 1990's continued tumultuously under the leadership of Bill "Randy as a Lemur" Clinton and his lifetime companion Hillary "I'll scratch your eyes out" Rodham "And I really mean it" Clinton.

In August 1997 I began an extended trip from Michigan to the Pacific Northwest and back.  On the way I decided to stop and see my friends in Minneapolis.  It also worked out that I might be able to get in on one of the Friday tours of Best Brains while I was there.  Unfortunately, when I called the studio on Thursday the tour was already filled.   That evening I decided to drive by the studio any way just to get a picture of the building and the Best Brains sign outside.  It had been pouring rain all day, but had stopped just before I reached the industrial park in Eden Prairie.  I got out of my car and took a few pictures.  I walked up to the door  just to look inside.  As I was returning to the car who should drive up but Paul Chaplin.  As he walked toward me I held my hand out to greet him.  Before I could shout "Take me to Uranus" I saw that he had that "not another homicidal maniac" look on his face.  He shook my hand and quietly said hello.  The studio door opened behind me and I noticed Brad Keely was coming to Paul's rescue.  I quickly explained that I was a harmless fan and was just there to get a picture of the sign.  Brad very kindly invited me into the foyer where I was greeted by Tibby and some Tragic Moments figures.  Brad mentioned they were having an evening writing session.  I chatted with Brad and Paul for a few minutes and explained my trip.  Brad then said that as long as I had come all this way I might as well see the Satellite of Love set.  He led me to the SOL, which at this time was directly across from the season 8 Roman World set.  Mary Jo Pehl then walked across the room, said hi, and disappeared through another door.  It was only then I realized I was still carrying my camera.  I snapped a couple pictures and, not wanting to take advantage of Brad's kindness, said my good-byes and left.  I got into my car grinning from ear to ear and it immediately started to pour buckets of rain.  I had been a fan of the show for years before this, but now I was also a fan of the people that made the show a reality.

Sadly, I didn't get on the Internet until about August 1998.  Once I started browsing I immediately realized what I had been missing.  I made some contacts and picked up the KTMA and season 1 episodes I had never seen.  I openly admit that one of my compulsions is to learn the roots and resources that lead to a final product.   That's why I've been fascinated by the very early episodes. 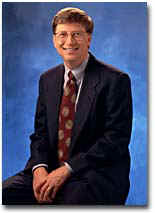 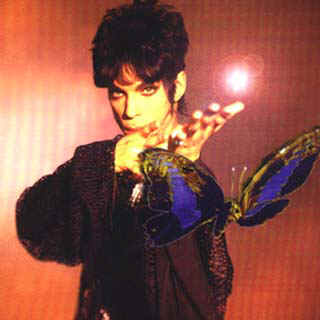 And then in February 1999 it happened.  The cancellation of the show was announced.  Even though the calendar suggested we should we were not partying like it was 1999, or any other year for that matter.   (Isn't it ironic that the artist formerly known as Prince is formerly from Minnesota which is where MST was formerly filmed?  Not really irony I guess.   Never mind.)

I was extremely fortunate to be included in the very last tour of Best Brains studios in March 1999.  I have to thank Barb Tebben for being patient with me.   I must have called a dozen times trying to make sure I understood the procedure, the timing, etc.  She also really helped make the tour enjoyable by asking me some trivia questions as we walked through.  I have to admit she tripped me up on a couple.  When I arrived that day Bill Corbett, Patrick Brantseg and Jeff Stonehouse were outside playing catch with a football.  Mike Nelson and Kevin Murphy pulled into the parking lot and parked right next to me while I was loading my camera.  I got a chance to say hi to them and get a few pictures before the tour started.  I fired off over five rolls of film during the tour and I got to hang around a little while afterwards to chat with Barb.

After that reruns and prop auctions kept us busy for a while, and now we have our tapes, chats and DVDs.  I continue to search for copies of the pilot and first three KTMA episodes.  Like some other MSTies I won't be totally fulfilled until I see them all.

I have developed into an overweight, middle-aged, bachelor from the Midwest.   If not for MST3K I would have involuntarily gravitated toward Dr. Who or Star Trek: The Next Generation.  The 00's appear that they will be a tumultuous time in America.   So what does the future hold in store?  If I have to guess I'd say death and taxes.  Otherwise, I have no idea.  What do I look like the Amazing Flippin' Kreskin?

Anyway.  Thank you...thank you MST for making us laugh at life again. 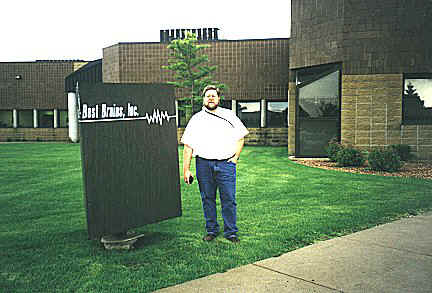